About us > Handong Global University 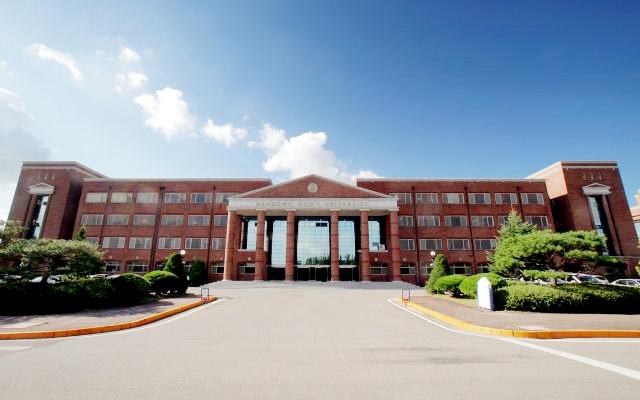 Handong Global University(HGU) is a world-changing global university,
established with the slogan of “Why Not Change the World?”
HGU prepares international leaders through holistic education by combining
moral and academic training geared for today's global and information era.

Our goal is to educate honest global servants to serve communities,
nations, and the world through their professionalism and ethics.

Since its founding, Handong Global University has been actively involved in
various international initiatives and foreign exchange student programs
in order to create a more global educational environment.
As of 2019 Fall semester, we had 270 incoming and outgoing exchange students per academic year and 306 international students on campus.
For domestic students, more than 40% of lectures are provided in English in order to support their academic language skill sets.
In addition, HGU has participated in international development cooperation involved with various developing countries.
In light of such efforts, HGU was chosen to be the very first host of UNESCO-UNITWIN in 2007 among other domestic universities,
and since then, 242 universities have partnered with HGU from 64 countries.

HGU, as Korea’s first UNESCO-UNITWIN host university, has been conducting various higher education programs with universities in developing countries,
such as entrepreneurship training, joint education program, and so forth.
UNITWIN projects have received recognition for its excellent achievements from the Korean government, the United Nations, and UNESCO for over 10 years.

Furthermore, Handong Global University became a member of UNAI(United Nations Academic Impact), which is a campaign to align institutions
of higher education, scholarship, and research with the UN and with each other in order to address priority issues with which our world is faced.

HGU is designated as one of 10 UNAI Hub Universities, which serves as global centers for capacity building in higher education systems in 2011.
HGU has been notified by the UN of its continued global hub status for more than a decade.